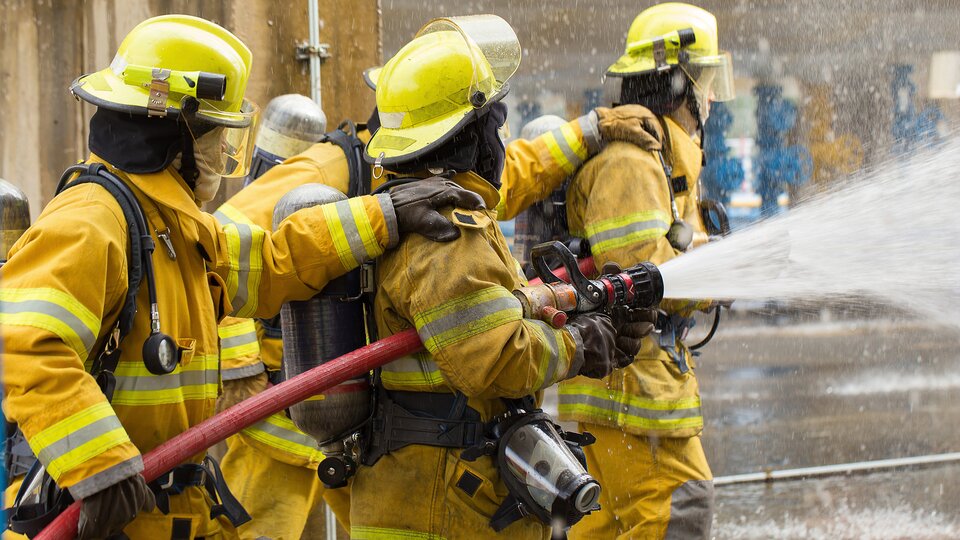 Firefighters may not have the typical physique of pro athletes or bodybuilders, but that doesn’t mean they’re not incredibly physically fit.

Take a moment to visualize a firefighter in action. Are you picturing someone carrying a heavy ax with a big coat and large helmet? Did you notice the thick oxygen tank on their back, or the enormous boots? Well, that ax weighs close to 20 pounds and the oxygen tank can weigh up to 50 pounds, depending on how full it is. Imagine carrying all of that while sprinting through a fire!

Your local firefighters may not step onto a bodybuilding stage anytime soon, but it doesn’t mean you can’t learn important functional fitness tips from their workouts.

And if you’re reading this with an eye toward becoming a firefighter, it can help increase your chances of passing the physical tests.

Each step below represents a different segment of the average firefighter workout. Pick a movement or movements from each category and move down the list consecutively:

Step 1: Start with a Movement That Works in Multiple Planes

Traditional strength training workouts will only have you move in what’s called the sagittal plane, meaning front to back, like a forward lunge. Now consider a firefighter, who sprints through a burning building. Do they charge forward the entire time? Not a chance.

There are two other planes of motion: frontal and transverse (horizontal). An example of a frontal plane exercise is a traditional standing dumbbell lateral raise. You’re already familiar with the transverse plane if you perform cable twists to build core strength. 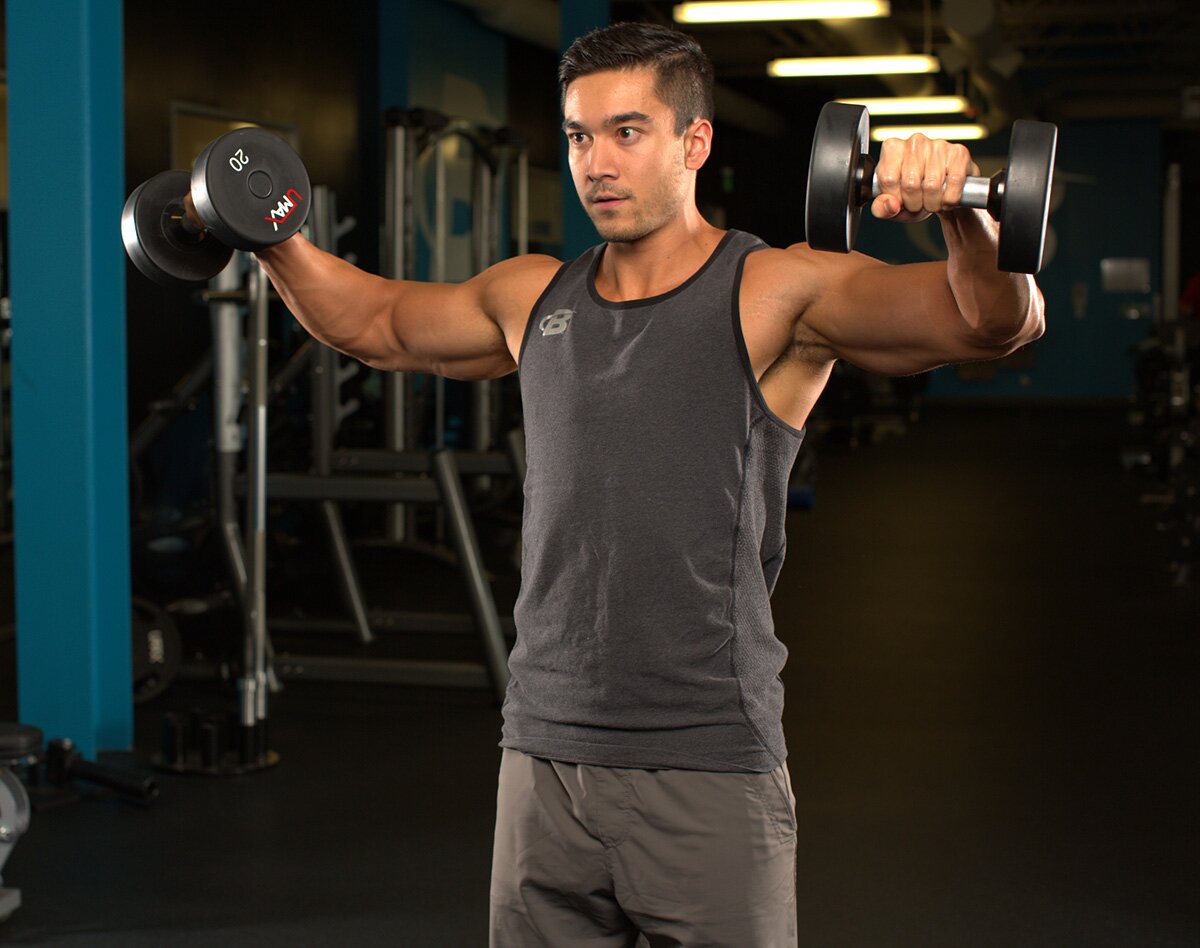 With firefighting training, your first movement should be a multi-plane movement for timed rounds. Start with 3 rounds of 30 seconds each. Build to a maximum of 60 seconds per round.

Here are some exercises to choose from:

Functional fitness training requires the ability to hit every single workout hard. For that level of intensity, you need a pre-workout that’s up to the task.

Next up is explosive training. You won’t be doing multiple, consecutive jumps during too many real-world situations, but you should train your joints and muscles to be explosive—you never know when you’ll need to leap across flaming rafters to get to an attic window! I prefer to measure my explosive training by reps instead of by time. Medicine balls are great for this type of training.

Perform 4 sets of 8 reps for any one of the following movements:

Step 3: Work One Side at a Time

Unilateral movements, a true test of core strength, involve loading one side with weight in order to resist rotation. By carrying or holding weight to one side while performing a movement, you cause numerous spinal stabilizers to activate. When do firefighters carry something that’s equally balanced? Never. It’s more like: ax in right hand and distressed fire victim over left shoulder.

Pick any two movements from each of the three sections. Begin by performing 3 sets of 15 reps. After 4 weeks, increase sets to 4 and drop the reps to 12. 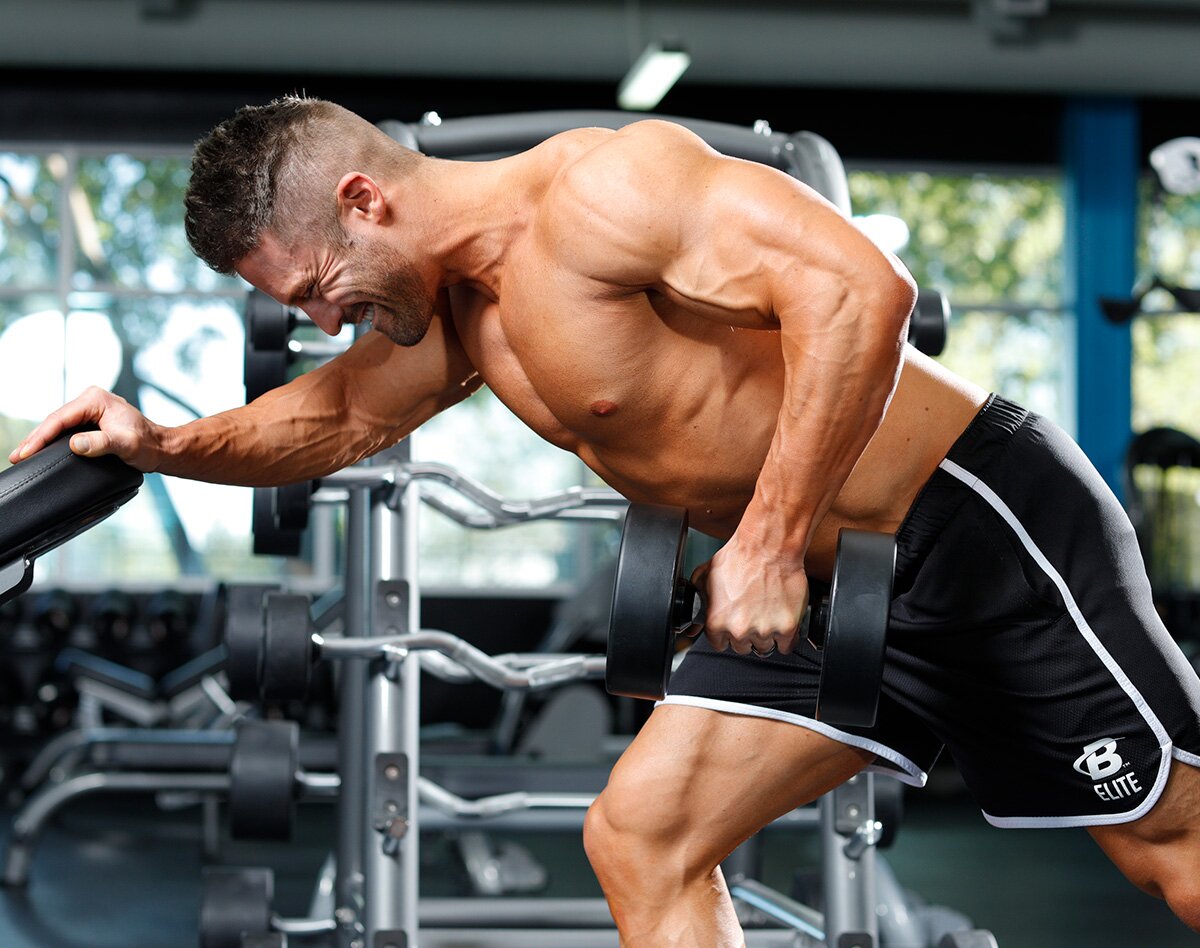 When unexpected gut-checks occur in life or at work, we must to learn to adapt. Nothing is more chaotic than the scene of a fire. A firefighter must burst through a building to rescue someone. They activate their core to kick down a door, heft a beam, carry a small child, or even climb a tree to get your neighbor’s cat.

Start with 3 rounds of 30 seconds each. Build to a maximum of 60 seconds per round:

A firefighter’s shoulders take a beating, so finish your workouts with a direct hit on your upper back. Strengthening the muscles that stabilize the shoulder blades allows you to carry heavy loads. The goal with this movement is to pull your shoulders down and back.

Pick one of the movements below and perform 4 sets of 15 reps:

You now have the five training lessons you need to become a physically fit firefighter. Give the workout a try, and the next time you see a firefighter, maybe you’ll have an idea of the physical fatigue they feel after every call.