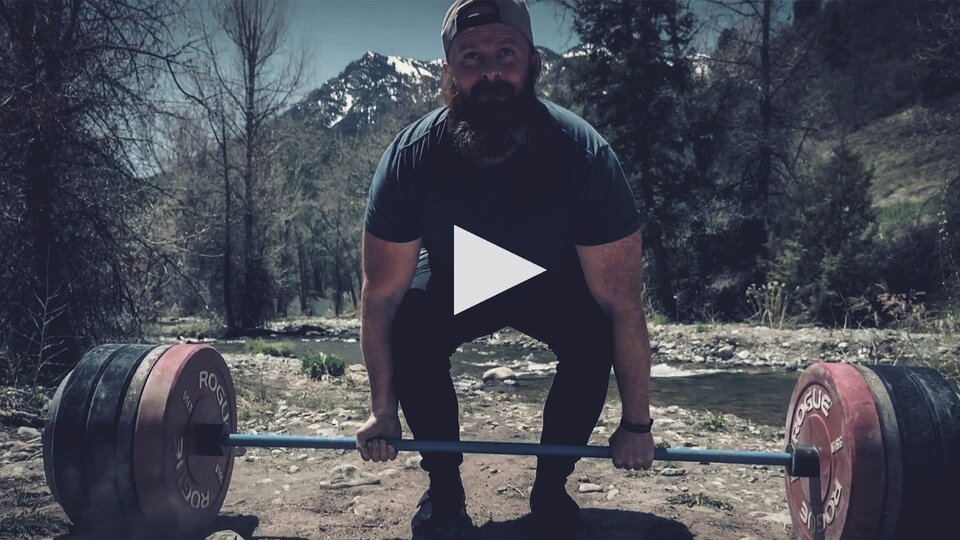 Main | Part 1: The Idea | Part 2: The Lift | Part 3: The Movement | Lifting and Mental Health | The Benefits of Working Out on Mental Health | Exercise and Brain Physiology

If you’re scrolling through your feed and see a big, bearded dude deadlifting near a waterfall, your first reaction might naturally be, ”What the heck is this?”

But as powerlifter Clay Cooper explains, somebody who sees what he’s trying to do might be inspired to take similar action in their own life. That’s the driving force behind Discovery Deadlift, the movement born out of Cooper’s need to find an outlet for his anxiety during lockdowns.

At a time when so many people were missing the solace of the gym, Cooper found greater fulfillment by taking his deadlifts farther and farther into the wilderness, capturing magnificent footage while he gained greater peace and joy.

Now, Discovery Deadlift has a growing community of like-minded lifters who are finding equally creative ways to rediscover their favorite lift by taking the barbell outdoors. Learn how Cooper and family worked together to build a movement by turning a perceived weakness into the ultimate strength —H.E.

Usually with powerlifting I film myself because I’m self-taught and never had a coach, so I’m just trying to figure things out in the gym and make sure my form looks OK. While I was lifting that first time by the lake, I just took a couple of quick shots. I reviewed the footage and was like, “That’s actually kind of cool.” I talked to my friends about it, and they encouraged me to post it online.

I was just driving back and I remember texting my wife and saying, ”Hey, you’re going to laugh at me, but I feel kind of led to do this. It feels like there’s something here.”

My wife, who is more artistic than I am, started to say, ”Let me record some of the stuff.” Then I could just actually do the workout while she was getting the shots and the video. She likes doing that part and I like lifting and just spending time with her and the kids.

That’s how it kind of evolved into a family endeavor where we basically go out every weekend and find someplace new and go hike, and sometimes camp, and deadlift. My kids are going to grow up thinking it’s totally normal to bring a barbell and Olympic plates camping and hiking with you.

It just started really small, but it gained a little bit of traction. People might just like seeing the locations, but I think the idea of doing something that you are passionate about that helps your mental health and helps your physical strength, I think that’s what resonated the most.

Gear up for your own deadlift excursion!

By and large, the overwhelming majority of responses have been positive. I have these big, strong powerlifting guys being like, ”Hey, brother, I really appreciate you saying this. I have anxiety, I have depression.”

I get that it’s really easy to discredit an idea or a person or a post that you see online under the guise of anonymity. For those folks who don’t vibe with it, I basically just remind them that I’m a real person. I let them know I understand if it’s not for them, and then I just try to explain why I like it. Usually, when they see I’m a normal person, they’re just like, ”Well, I guess it’s OK.”

I have no illusions to the fact that not everyone’s going to love it, but my family likes it, it’s good for me, and my experience has been overwhelmingly good. Hopefully it helps to destigmatize some of this stuff and make it easier for us to talk about. 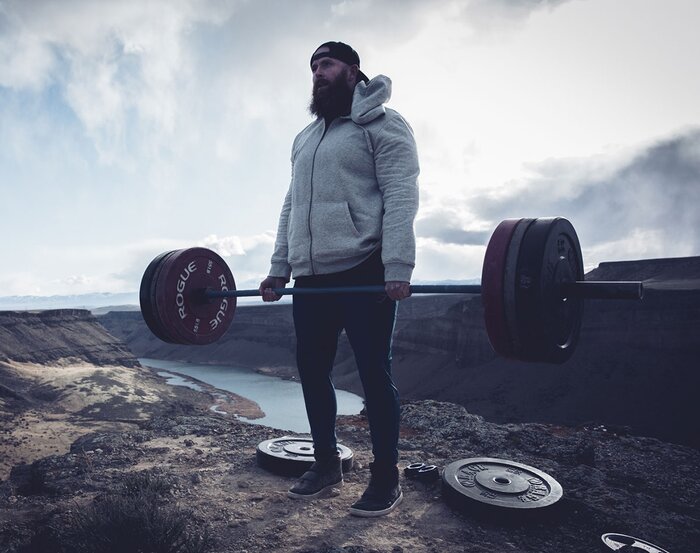 The Community is Growing

There was a gym where they had everyone go out one day and they deadlifted during a snowstorm, then they tagged me in it. It was pretty cool. This community of folks that I’ve been able to interact with, they’re finding something. They’re finding their own discovery deadlift, adding it to their mental health and physical toolkit so they can be strong physically, they can be strong emotionally, and we can all talk about it together.

A lot of athletes can really be patient with their physical fitness because they see the end from the beginning, they have a program they’re training toward achieving a specific goal. But that same amount of care should be given to your mental and emotional health. The best athletes are those who take the time they need to take care of themselves, to take care of their mental and emotional health.

Kindness is not a weakness; vulnerability is not weakness. I think those are strengths and I think that we can build each other up as we build our bodies up.

What’s Next for Discovery Deadlift

There’s something about this that my internal compass just points toward, where I feel led to do it. I feel peace and joy when I do it and I feel a connection not just to my family but to a community, to my late father. So, I’m going to keep chasing that feeling.

We have pretty big plans. We would like to travel internationally. There are places we want to go and see. There are cultures that we want to learn about and learn from. Ultimately, the most immediate powerlifting goal of mine is to deadlift 700 pounds. It would be pretty cool to do that under the northern lights.

I want to be the best I’m supposed to be. At deadlifting, at weightlifting in general, at fitness, at being a husband and a father—just at being a man or a friend. When I’m hiking weights in, or when I’m approaching a bar to pull a deadlift, there’s this feeling that you own something difficult, that you approached something difficult, and that you worked through it and eventually owned it. You didn’t turn away from it, you didn’t avoid it, you met it head on.

For more resources regarding anxiety and depression, visit the website of the Anxiety and Depression Association of America: https://adaa.org/

If you or someone you know is experiencing suicidal thoughts, please reach out for help. Call the National Suicide Prevention hotline at 1-800-273-8255 or visit their website at  suicidepreventionlifeline.org.