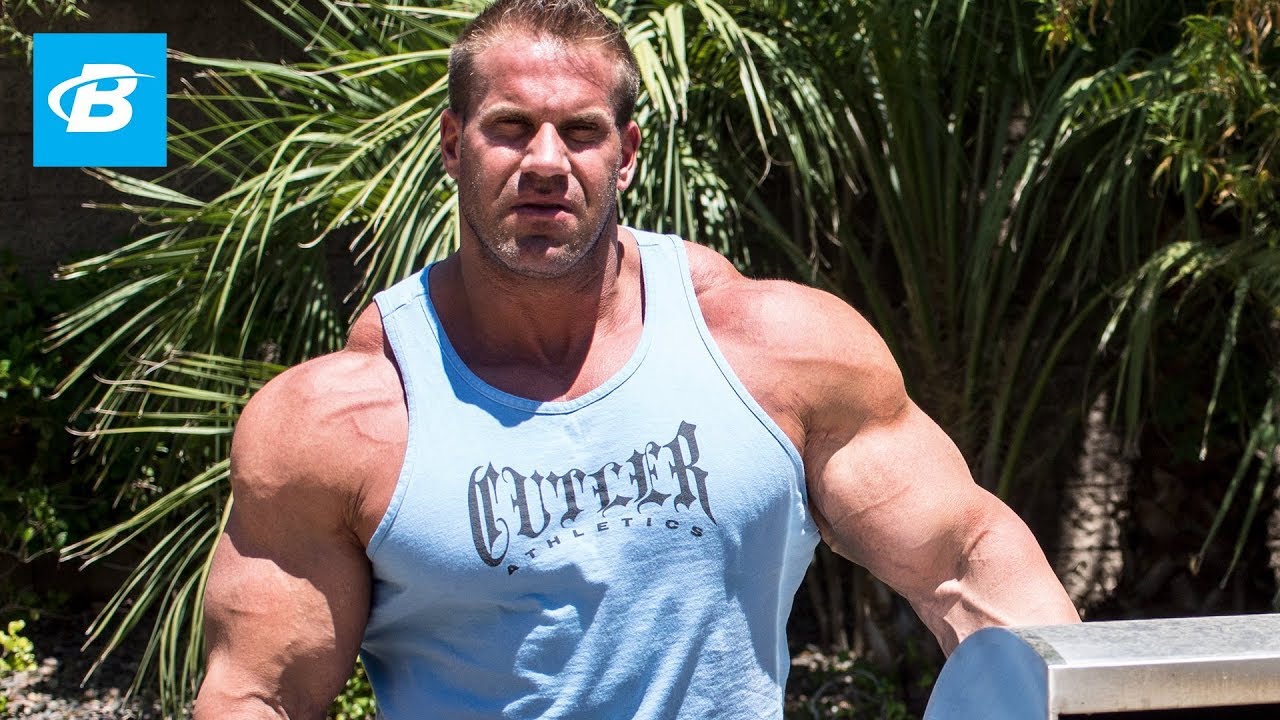 Elite bodybuilders like Jay Cutler need more food in one day than most of us eat in two. Or three. You may not be 280 pounds of muscular mayhem, but if you want to gain size, you need to be ready to eat, and then continuously ask for more. Many lifters think the size battle is won or lost in the gym, but the diet is what separates the beasts from the boys.

Learn how Jay Cutler eats, check out what he eats, and take home some nutrition lessons from the man himself. Take in the right food in the right amounts at the right times, and you’ll be a mass monster in the making. Let the metamorphosis begin.

He trains hard, he works hard, but more than anything, Jay Cutler eats. A lot. “Cooking and eating is five to six hours of my day, no question,” Jay says. “If you follow me around for a day or two, you’ll see that most of my time is spent eating meals.”

Food is Jay’s biggest expense, his biggest time-sink—and one of the main reasons he’s been so monumentally successful. Eating so much so often is Jay’s biggest challenge. “The hardest part about being the competitive bodybuilder Jay Cutler is the amount of calories I need to eat,” he says.

Most bodybuilders love to eat; they crave food. Not Jay: “I have zero cravings and zero anticipation for any meal. I don’t look forward to food.” Jay may not love it, but he still has to eat every three hours. He eats at midnight, again at three a.m., and then he eats his breakfast at six a.m. “The consumption of food remains consistent, and I still can’t eat enough,” Jay says.

When he’s training for a contest, Jay likes to stay home to prepare his food, leaving nothing to chance. “I like to weigh everything,” he says. “[Precontest], I take my diet very seriously.”

Nonetheless, Jay’s immense caloric expenditure means he eats food that most clean eaters would avoid. “Having a turkey sandwich and some potato chips is great for me,” he says. “I’ll have a Snickers bar every once in a while.” To keep his size, Jay also needs a pretty consistent fuel of insulin-stoking simple carbohydrates. “Dense, fibrous carbs don’t hit my body hard enough.”

He may not like having to eat as much or as often as he does, but Jay has the experience and willpower to do it well. It is his mental toughness that makes him not only a physical specimen but also a warrior at the mental game.

We are Bodybuilding.com. Your transformation is our passion. We are your personal trainer, your nutritionist, your supplement expert, your lifting partner, your support group. We provide the technology, tools and products you need to burn fat, build muscle and become your best self.