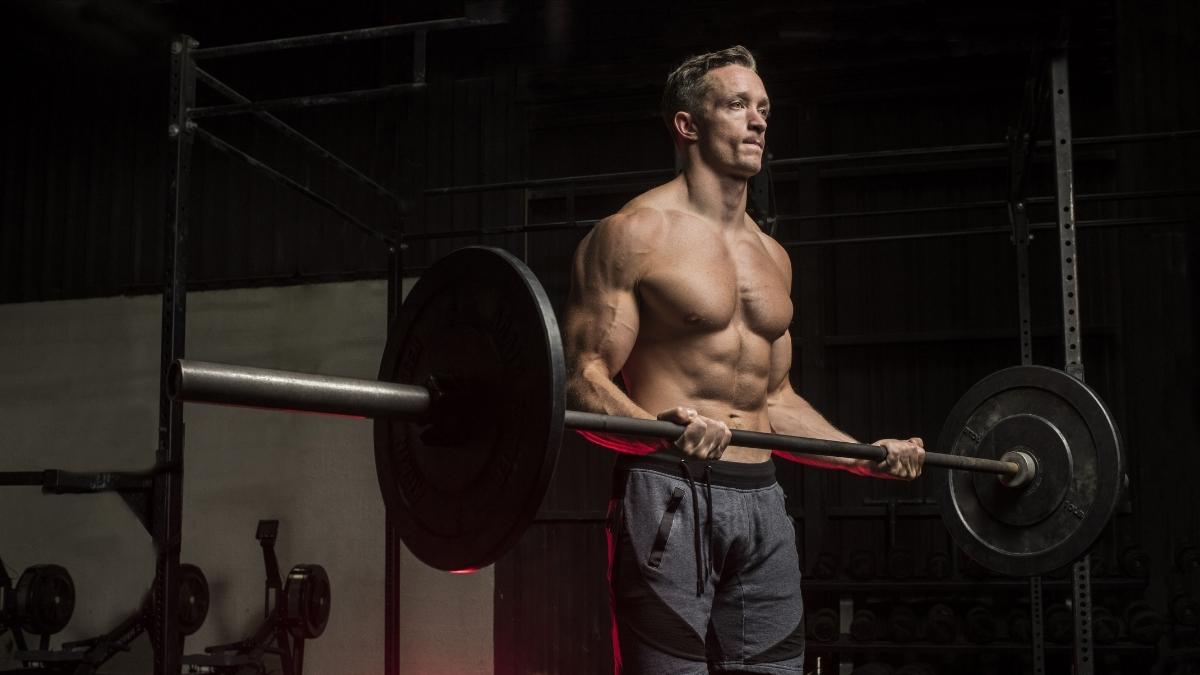 If you lift, then you probably want to look like you lift. And for many gym-goers, looking the part includes owning a pair of arms that put the seams of your sleeves to the test. Aesthetically, big arms are imposing and signal to others that you do indeed hoist iron. Functionally, bigger and stronger arms help you bench press, overhead press, and row more weight; they’re not just the end; they’re a means to another end (lots of strength).

And while most folks think hammering out close-grip bench presses and standing curls is enough to target the smaller arm muscles, there’s a science to building up your arms. But there are four fundamentals you need to wrap your head around to comprehend how to build bigger arms fully.

It’s essential to understand the biomechanics of the arms before understanding how to train the best. So first, we need to cover their basic anatomy quickly.

The upper arm consists of three muscles in the anterior compartment. However, we will only need to focus on two of these muscles:

The stronger of the elbow flexor is the brachialis. It originates at the upper arm’s humerus bone and inserts on the ulna bone of the forearm. The brachialis isn’t involved in shoulder movement; it only flexes the elbow.

There is one main muscle in the posterior compartment of the upper arm: the triceps brachii. The triceps muscle has three heads:

The long head is the thicker or more dense muscle, which can be seen in poses such as a double front biceps. The lateral head or the “horseshoe” muscle is what you see most visibly in the side triceps pose, and the medial head is a deeper muscle that isn’t as noticeable on the surface as the other two.

The primary function of the triceps is elbow flexion. All three heads cross the elbow joint and insert it on the ulna bone of the forearm. The origin of the lateral and medial heads are both on the humerus bone of the upper arm, with the long head crossing the shoulder joint to originate on the scapula.

Both the biceps and triceps are involved in pulling and pushing movements, respectively. Therefore, it’s not uncommon to hear that back and chest exercises are enough to stimulate the bis and tris. And there are several studies have shown pull-ups and rows elicit high levels of biceps activation, and that horizontal presses bring the triceps into play (2)(3)(4). However, pulling and pressing exercises alone may not be enough to maximize biceps and triceps development.

When you rely on indirect movements exercises to engage the arms, the biceps and triceps only receive a portion of the tension. That said, your arms do get hit when your work the chest and back, and it’s essential to keep this in mind when training. If you train your back hard twice per week, you probably don’t need two to three dedicated biceps workouts.

Ok, now that you have a firmer grasp on those arm training fundamentals, let’s circle back to a big issue in arms training: exercise variance. You may think that simply curling and extending is enough to stimulate the muscles, but there’s more nuance to arm training. Your arm muscles will travel through different ranges throughout the entire range of motion.

To stimulate our muscles throughout their entire contractile range we must be challenging them at these three points:

“Fine, then I’ll just make sure to lift with a full range of motion (ROM) for every movement,” you say. Well, hold up. Lifting only with a full range of motion is a great move (so kudos), but you still need to select movements that engage the muscle the most during each of the three ranges listed above. A worthwhile arm training session aims not to complete a movement using a full ROM but to be challenged throughout the entire ROM.

Putting it all Together

Ok, so where do you go from here? You’ve probably already peeped the charts below and noticed that there’s a lot of work to be done. Don’t freak out just yet. Look closer, and you’ll see that most of the movements below are done for just two high-rep sets. The program’s goal below isn’t to decimate your biceps; it’s to partition a moderate amount of work (10 sets for each muscle group) among all three ranges of motion.

There’s nothing complicated about this routine. First, you’ll select a primary movement for your biceps and one for your triceps. These exercises preferably target the lengthened or shortened range since these are the ranges most folks ignore. You’ll perform the primary exercise for four sets of six to eight heavy-ish reps, using a tempo of 3-0-1-0 (lowering phase-pause at bottom-lifting phase-pause at top).

After that, you’ll blast your arms with a circuit of three movements, known as a triset, each of which targets the mid, lengthened, and shortened ranges. The trisets are marked with the same letters (“A” and “B”). Think of this as a template to guide your sets, reps, and exercise choices. If you want to sub out the movements below for others, that’s fine, but make sure you’re hitting each ROM.

Pay attention to the tempo within each exercise especially the triset sequence as you will notice a pause in the shortened position (contract hard) exercises and a pause in the lengthened position (full stretch), if you take these into consideration your arms will be pumped like you have never seen.

While you most certainly could complete this three-times per week, focus on quality over quantity at first. Whereby you focus on the quality of work given within the workout twice per week for six weeks before taking its progression to the next level by completing it three times per week.

Another aspect of progressing this plan is to change the primary exercises from a lengthened to a shortened focus and the same to be done in the triset exercises. After at least 2-3 rotations of this you can then start to reintroduce the mid-range exercises as a primary focus while the others take a back seat. Here is how it should look:

To maximize your muscle growth, you need to eat within a caloric surplus then you cannot expect to be building any significant amount of muscle mass. With that being said here some recommendations regarding your nutritional intake: