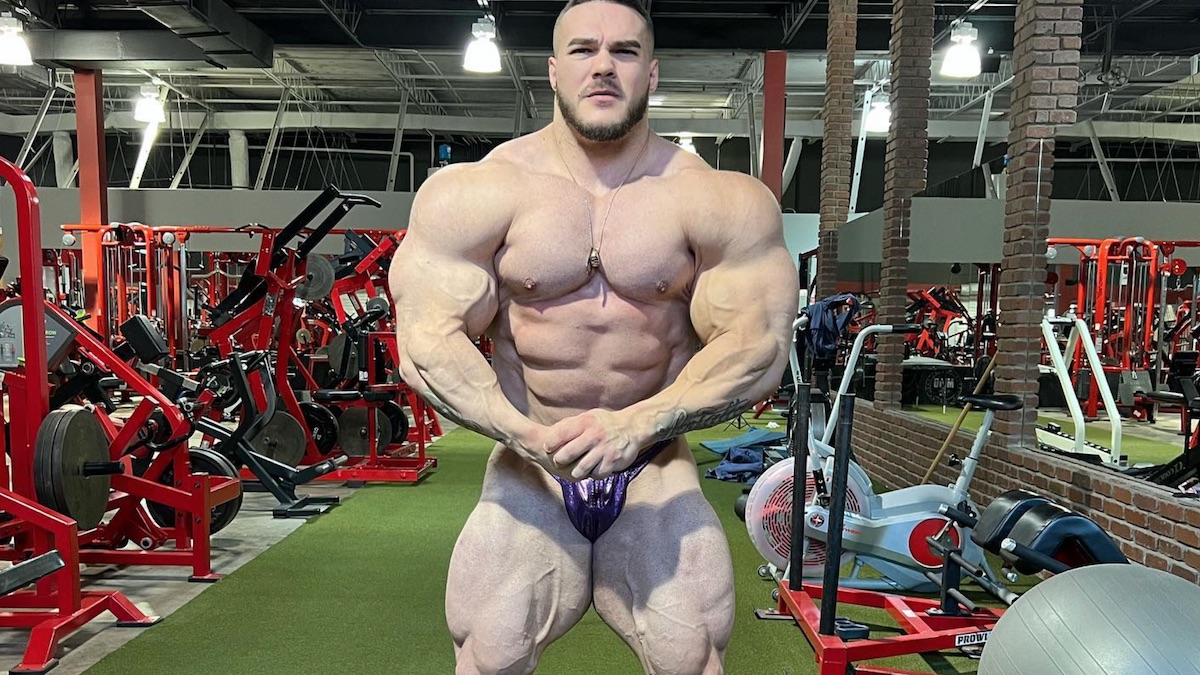 Nick “The Mutant” Walker has his eyes on the prize. As an International Federation of Bodybuilding and Fitness (IFBB) rookie, Walker won the 2021 Arnold Classic and captured a fifth-place result in the 2021 Mr. Olympia. Now, the 28-year-old bodybuilder is hungry to accomplish so much more.

In an Oct. 17, 2022, episode of the Real Talk With Ares podcast on YouTube, Walker hopped on the show to discuss his future and goals as a bodybuilder. In the process, Walker maintained that he plans to rise to the top of the sport as an all-time great. At the same time, he knows that he has some worthy battles ahead.

[Related: How to Do the Hip Thrust — Variations, Benefits, and Common Mistakes]

Before he discussed what might lie ahead in the years to come, Walker described what he feels is a loaded field at the 2022 Mr. Olympia. To the athlete, it’s not just two-time reigning champion Mamdouh “Big Ramy” Elssbiay that the bodybuilding sphere should keep an eye on in Las Vegas, NV, on Dec. 16-18, 2022.

In fact, he thinks the entire placing of the 2021 edition of the Olympia might be due for a shake-up.

“This is the Olympia of all Olympias right now,” Walker explained.  “I’ll tell you this, as confident as I am, I’ll always be confident, but this is not going to be easy for anyone. That’s just reality here. I don’t think anyone’s placing from last year is safe for this year. Of course, we have the heavy hitters, but you also have some dark knights that can rise and shock the world.”

[Related: How to Do the Hack Squat — Benefits, Variations, and More]

Naturally, Walker outlined, in detail, who he thinks can be “dark knights” in Las Vegas this December. One of them is the 212 Olympia champion from 2021 in Derek Lunsford — who recently made the official transition to the Men’s Open division. Though, Walker also seems to appreciate the talents of Samson Dauda, Hunter Labrada, and Hadi Choopan.

Walker would save his final praise for the top-two finishers from 2021, two titans/champions of bodybuilding — Elssbiay and Brandon Curry.

“[There’s] Brandon [Curry]; we don’t know what to expect from him, but Brandon is always Brandon, right?” Walker exclaims. “Then Ramy [Elssbiay], who looks like he’s already got the cheekbones popping. He’s ready to go. This is going to be one of those Olympias where you have to be [expletive] peeled and ready and full. This is that show where they say, ‘You’re not going to nail your peak every show.’ Well, this is one you got to nail. This is the one.”

[Related: How to Do the Inverted Row — Benefits, Variations, and More]

As for his personal future, Walker is aiming high. Few bodybuilders have enjoyed such stellar debut seasons as Walker. After forgoing a defense of his title at the 2022 Arnold Classic to focus exclusively on December’s Olympia, it seems Walker is treating that initial flourish like a first step.

Depending on how he fares at the 2022 Olympia, the athlete even alludes to a reality where he could try to stack more Arnold Classic titles again.

Walker seems to understand a rare position he’s in. He’s limiting his number of competitions per year for one good reason — he’s trying to build a lasting legacy on the back of bodybuilding’s most prestigious events.

“… I want to win as many Arnolds and Olympias as I can. At this point in my career, I don’t want to compete all year long. I want to do the top two big shows … Then, when I’m ready to call it for my career, I’m ready. But I want to do it on my terms. If I win one Olympia and two Arnolds, that’s going to be remembered forever.”